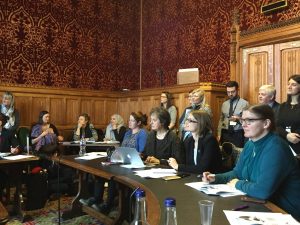 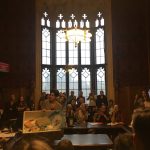 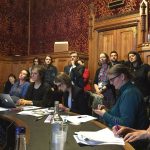 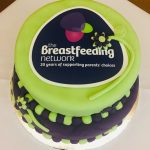 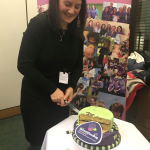 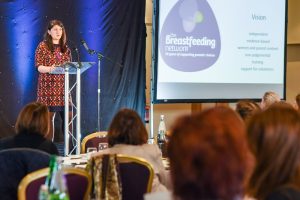 Next week the Breastfeeding Network is celebrating our 20th anniversary with a parliamentary reception in Westminster. This will be held after an All Party Parliamentary Group meeting on Infant Feeding and Inequalities on Tuesday 14th November. We would like to ask you to invite your MP to these two events, which are an important opportunity for us to campaign for breastfeeding support services in the midst of severe cuts to services this year.

An anniversary is always a time for great pride and celebration, and we’re looking forward to telling MPs about how our charity was founded by a group of empowered women with a desire to improve things for breastfeeding mums like themselves. BfN was set up by a group of breastfeeding peer supporters who, in their experience of supporting families, saw a need for truly independent breastfeeding support, free from commercial funding and influence.

That was 20 years ago, and we still have their founding vision at our core – we provide independent, evidence-based information and support to help build awareness of breastfeeding to individuals and organisations, and to support mums in their choice to breastfeed. The parliamentary reception is a chance to tell MPs about all we’ve achieved over those 20 years:

But perhaps more importantly, the APPG and the reception also provide an opportunity to talk to MPs about the devastating cuts to services that breastfeeding support is facing this year. A UNICEF survey of infant feeding leads across England in 2017 revealed that over half of breastfeeding support services had seen cuts. Further research done by Cardiff University found that breastfeeding peer supporters were available in only 56% of NHS regions. The impact of all this is that families aren’t receiving the support they need to continue to breastfeed. 80% of mums who stop breastfeeding in the early days do so before they want to. And of course you will probably have heard that the UK has the lowest breastfeeding rates in the world.

We too have been personally affected by these cuts, in 2017 we were told that there was no funding available to continue breastfeeding peer-support in Blackpool, a scheme we have been running with great success for 10 years. Since 2007 Blackpool Star Buddies have helped thousands of parents, babies and families to breastfeed against the odds and it is disappointing that such a high-performing scheme has been forced to close.

The APPG and the reception are a great opportunity for us to influence MPs, to show them just how important breastfeeding support is to families in their constituencies, and to make the case that if we want breastfeeding rates in the UK to rise then we need to adequately resource support services.

MPs need to know how their constituents feel about these issues, and so we are asking you to please write to your MP and ask them to attend the All Party Parliamentary Group on Infant Feeding and Inequalities and The Breastfeeding Network Parliamentary reception. You can find guidance on how to contact your MP, and some sample text you could use to invite them to these events in this Guide for contacting your MP.