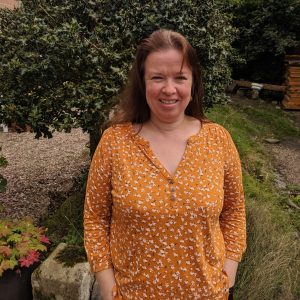 To be honest, until about 4 years ago, when asked what BfN was, I would have said it was where you went to print resources about thrush and mastitis to use in training new mums to become Peer Supporters (oh and I knew there was a helpline, because I had called it once).

Going back a bit, about 20 years ago and after the birth of my third child, I realised that breastfeeding was NOT easy, it wasn’t something babies just did and it definitely could hurt to the point of feeling that my nipples were about to fall off.

In that moment, when someone suggested I train as a Peer Supporter I thought, like many of us do, that if I could just help one other mum to feel better about feeding, to reduce her pain and help her to find a way to give her baby what she had thought about hen she was pregnant, then that would be fine.

Move on 15 years from that point and a house move and I was training with UNICEF Baby Friendly and helping more women in my part of the world to continue their feeding journey.

Then, one day about 9 years ago, someone actually offered me a job where I would get money to train mums to be peer supporters (my husband’s words were “you can actually get paid to do this sort of thing??!!”) and since then it has become the biggest passion of my life, filling every day with something breastfeeding related, although of course my family are still my total world.

So, when my manager received a call from Sarah Edwards, 4 years ago, asking if there was anyone who would be interested in training to take calls on the National Helpline, I did a bit of real research about the organisation, discovered it had become so much more than a leaflet about mastitis and decided to “give it a go”.

Roll on 4 years, and I am now taking calls and answering webchat and social media messages to my heart’s content. I love listening to a woman, sometimes with tears in her eyes and helping her to work through her thoughts and fears and come to a point where she feels able to move forward with her feeding (or have a plan to stop, if that was her reason for calling).

In the meantime, I carried on with my “day job” training peer supporters and looking after a troop of volunteers in the Scottish Borders. ( I don’t manage volunteers, they tend to be the ones keeping me on the right track!).

But then…..the Scottish Government decided to fund the implementation of breastfeeding support as a national project and this is when BfN became an even bigger part of my life as I became the Scottish Project Lead. So, now, not only do I still talk and message wonderful families on the Helpline but I also get to see support appearing in new areas across Scotland and meet lots of wonderful mums who are training to become new supporters of mums in their communities. BfN are giving me so many new opportunities.

The supporters, supervisor and tutor courses have given me the chance to make connections with other BfN people across the country and at this point I send a big ‘HI!’ to you all!

If I had to put it into words, what BfN means to me, it is “family, team effort and determination”. I know it can be hard, funding is always an issue, mums always seem to be receiving less care than they deserve or the staff around them are able to give, despite their best efforts, and we sometimes feel that we are only a tiny fish in a big puddle. However, if a younger me had told me I would one day be working for the organisation that I had called 20 years ago, I am not entirely sure I would have believed them and yet, here I am.

So, believe in yourselves, you can do this, you are doing it and you are all absolutely fantastic!