The founder members of BfN were trained volunteer Breastfeeding Supporters working for a UK charity. That organisation accepted money from a manufacturer of powdered baby milk. The founding members resigned in protest – but wanted to be able to go on providing support for breastfeeding women in their local communities and throughout the UK. The Breastfeeding Network was set up, with a constitution which ensures that we remain independent of commercial influence.

Production of the first BfN leaflet, ‘Breastfeeding and Thrush’, albeit in a photocopied format.

A suite of new leaflets was launched:

During 1999 there were more than 1900 calls to Supporterline!

Invitation from the Baby Friendly Initiative steering group to send a delegate to help give the perspective of women in this important initiative.

During the year 2000 more than 4000 calls had been made to Supporterline.

Two Breastfeeding Network Tutors were seconded to work in the Department of Health as Infant Feeding Best Practice Adviser. 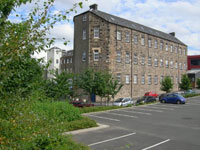 BfN administration moved into our first office premises in the Abbeymill Business centre in Paisley.

The number of BfN registered breastfeeding volunteers (Helpers and Supporters) reached , and passed, 1000.

The BfN published the 50th edition of the members’ newsletter, and later on the first electronic issue.